A popular request that we’ve had has been to allow our users to place Instagram hashtags in comments automatically. We call it our ‘First Comment’ feature!

It’s quite common for brands to write a caption, and then put the relevant Instagram hashtags in comments– this lets maintain the clean look of your photo’s main caption while still reaping the benefits of visibility and reach by using all the hashtags you want.

We now have this enabled in Sked Social (formerly Schedugram)! What happens is that we post the caption as per normal, then add the comment, again similarly to how you would when you’re posting on your own devices.

All you need to do is add something to the “First comment” box: 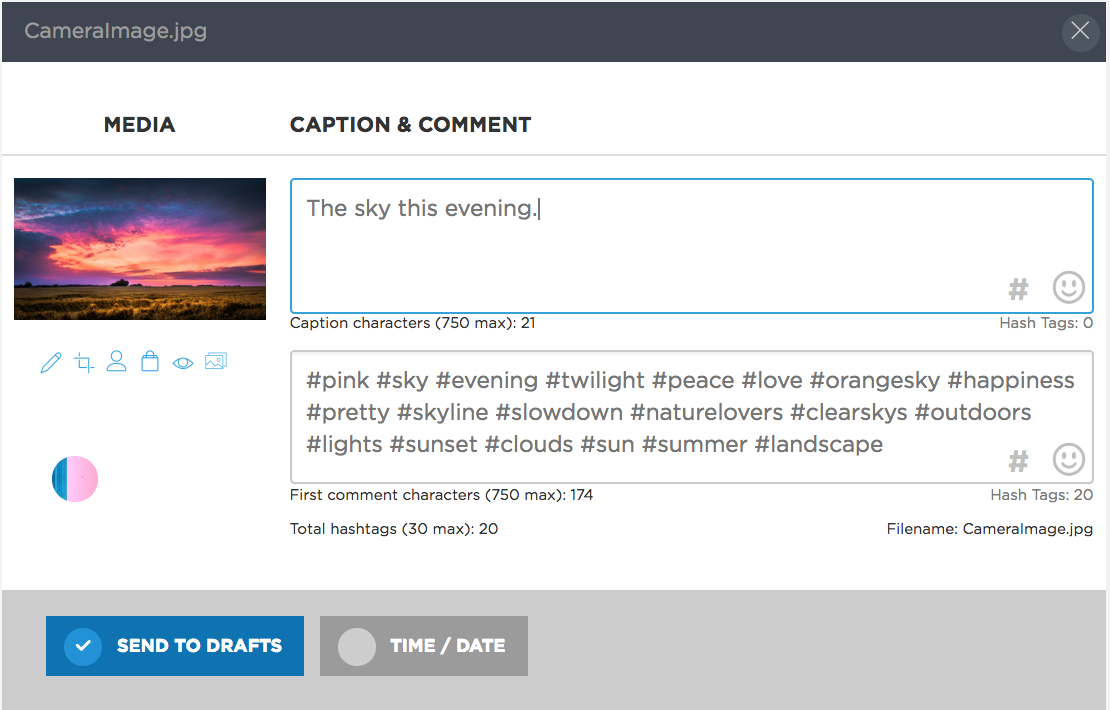 Keep in mind that there are some additional requirements for Instagram hashtags in comments that we’re currently not filtering out (or we might not be 100%!):

Let us know how you go with it. Keep in mind it’s a beta feature, so no 100% promises. It won’t affect your normal posts though – the comment posting part operates after the image is uploaded.

To start placing Instagram hashtags in comments automatically and carve out hours in your social media workflow, sign up for Sked’s 7-day free trial. As an all-in-one social media platform that allows its users to post directly to Instagram, Facebook, Pinterest and more, Sked is the first step in engaging authentically with your followers.