This week in social media news: Instagram launches a feature so users can add a minimum age that users have to be to see their content, Twitter bans animated PNGs after a prior attack on the Epilepsy Foundation, an Android bug on Twitter allowed a researcher to match 17 million phone numbers to users’ accounts, and Twitter appears to be working on a better search user interface.

You can set up a global default minimum age or set country-specific age limits to comply with different policies.

In order to use this feature, you must have a professional account (business or creator). To turn the feature on, go to your profile and click on the three lines in the top right corner. Go to Settings then click on Business or Creator (depending on your account). Then click Minimum Age and select default globally or set by country.

After finding a bug that lets users upload multiple animated images to a tweet, Twitter is shutting it down.

APNG files can hurt people with sensitivity to motion and flashing lights. Tweets that already have APNGs won’t be deleted but only GIFs can animate images from here on out.

This comes a month after an attack on the Epilepsy Foundation’s Twitter where trolls were using a hashtag to lure people to certain posts that had strobing lights and animated images. Twitter said APNGs weren’t used in this attack, but could have been which is why they wanted to shut it down.

According to Techcrunch, a security researcher was able to match 17 million phone numbers to Twitter users’ accounts.

Ibrahim Balic was able to exploit a bug in Twitter’s Android app that allowed him to upload entire lists of phone numbers through the contact upload feature on Twitter.

Twitter told Techcrunch that they are working to ensure that the bug can’t be exploited again. “Upon learning of this bug, we suspended the accounts used to inappropriately access people’s personal information. Protecting the privacy and safety of the people who use Twitter is our number one priority and we remain focused on rapidly stopping spam and abuse originating from use of Twitter’s APIs.”

According to reverse engineer, Jane Manchun Wong, Twitter is working on improving the search user interface.

Wong took to Twitter, posting a picture of what we might see in the future. It shows subcategories under the search bar including Latest Tweets, People, Photos, Videos and more. This would help narrow down searches on the platform, similar to how you can search on Instagram (Top, Accounts, Tags, Places).

This would be a welcome change for many Twitter users who are looking for content that meets a certain criteria. We’ll see when and if it rolls out!

It’s almost time to ring in the new year! Make sure to get in on this upcoming week’s hashtag holidays! 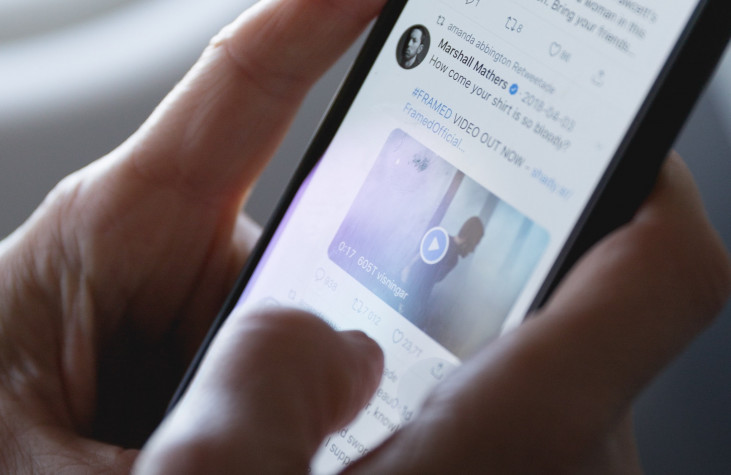 Another crazy week in the social media sphere! Twitter bans political ads, Facebooks launches News tab, Instagram bans fictional representations of suicide and self harm, people have been seeing an influx of ads on Twitter.