Ten years ago, YouTube pioneers started creating content to share and promote products they like. In those days, “content” was just called “videos”, and the products were those they bought themselves. It wasn’t long before brands saw an opportunity to leverage the audiences these early influencers were growing. But according to recent analysis by Hyland Media (#notsponsored), only 17% of influencer audience is valuable. So why should brands keep doing it?

It’s big-bucks now. Influencer marketing forms part of the strategy in almost every industry, from car manufacturing and perfume to airlines and supermarkets. Brands are engaging – that is, paying – influencers to promote their products through social media, but also through collaborations and cross-over integrations with traditional media. And, great, extremely good on those influencers who make a living posting unboxing videos and pretending their adorable dog wasn’t meant to appear in the background.

As influencer marketing has changed, so have measures to manage it. In the US, FTC guidelines now include digital endorsements alongside traditional media – basically, they can investigate for unfair practice if endorsements aren’t disclosed. There’s a growing expectation that influencers will include #ad or #sp to posts they’ve been paid to make. Customers have become pretty savvy, too – they don’t believe an Instagrammer keeps a specific brand of mouthwash by their bed at night unless someone’s paying them to put it there.

A recent campaign by Listerine (below) attracted attention for all the wrong reasons, not the least of which was the insincerity with which the campaign was executed. In her precisely perfected and utterly unrealistic bedroom (including tortillas disguised as “pancakes”), influencer Scarlett London says, “I do give you a little insight into how I start my day in a positive way.” In insisting that it’s super real, the sincerity is paradoxically lost. After significant backlash, a subsequent post goes to pains to include, “nope, my morning’s [sic] don’t usually look like this”. 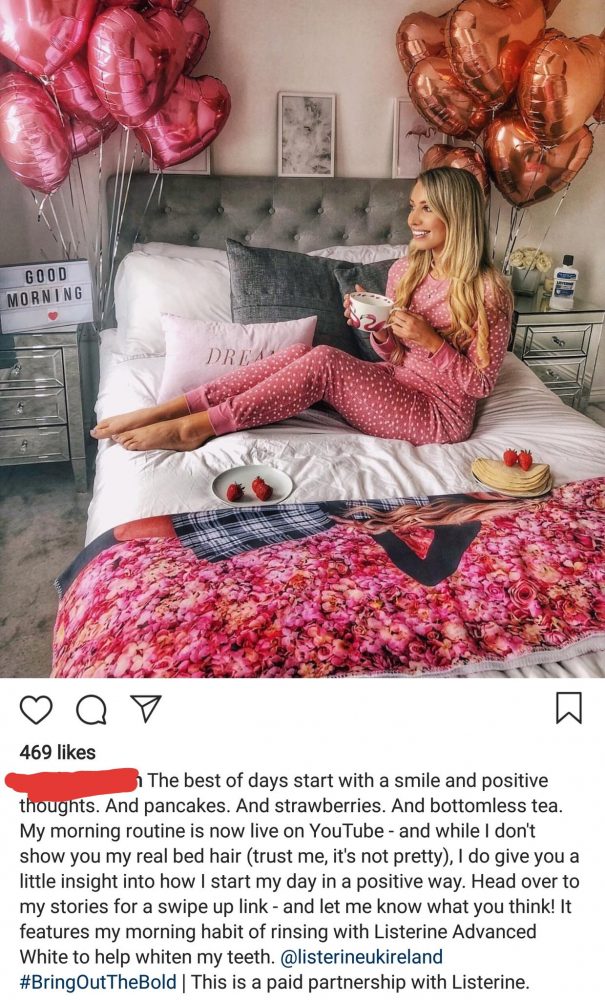 All of this transparency means it’s harder than ever to use influencers to sell your stuff. Obviously that’s not to say you should deceive customers into buying from you, but a recent seemingly-endless cycle of drama from the makeup influencer industry brought to light a host of potential issues.

In the first of these “I hate drama, but here’s some drama” video nightmares, Makeup Geek founder Marlena Stell dropped “$60,000” as a figure one might get paid to make branded content. Although dozens of others came out to clarify that they wish they got paid $60,000, it’s not as unrealistic as it’s been made to seem. I’ve seen with my own eyes a rate card that included six-figure sums per Insta post.

Influencers make money for brands, Stell says, so they expect to be paid in return. And that’s fair enough; it’s just bad news for brands.

People develop a relationship with public figures because they like and trust them. They want to believe what they’re being told, because at some level they think the public figure is their friend. They like the content that person posts, and relate to their ideas or enjoy their photos. Social media loyalty is predicated on the sincerity of the content, which is comprehensively compromised when money changes hands.

“It’s difficult to be an influencer,” Stell sobs in her video, garnering almost no sympathy from viewers who save all year to buy one eyeshadow palette.

Influencers – and the brands that employ them – use tricks to make the content more engaging or more likely to appear in feeds. Just this week, Australia’s Triple J radio station reported that tobacco companies were using this kind of marketing to circumvent strict tobacco anti-advertising laws. To make the smokes more appealing, they allegedly instructed influencers to obscure compulsory health warnings on the packets. Unclear disclosure only contributes to consumer distrust. In July, fashion influencers were called out for failing to specify that a Dior saddle bag had been a gift. The fact that some did only exacerbated the “how are we meant to know?” factor.

The problem isn’t only that we don’t know who to believe. Driving traffic through sponsored content means it’s not consumer-led, it’s clicks-led. Makeup influencer Samantha Ravndahl, in her (really quite good) “response” video to Stell, admits her subscribers want more of her “early” content – but it just doesn’t deliver ROI for sponsors, making it hard to justify.

47% of consumers say they’re “fatigued” by repetitive influencer posts. Ravndahl addresses this too, saying some influencers deliberately choose not to disclose because it limits the amount of sponsored content they can share. Influencers know consumers don’t want every post to be paid. They know the quality of return for brands bottoms out when they pop #ad on a photo. So consumers know they’re being sold to, aren’t getting the content they want because it doesn’t offer the best engagement rates for businesses, and those relationships aren’t being disclosed anyway.

The outcome is predictable. Consumers feel disempowered by the messages they’re receiving, and tired of having their buying behaviour manipulated. Influencers they once viewed as honest and likeable are now using them for their affiliate clicks. For brands, the initial rush to have a minor celebrity seen with their product is no longer strategically viable. It’s a cycle of diminishing returns: customers don’t want to see the sponsored posts, so the audience drops, so there’s less value in doing sponsored posts, and on it goes.

(A more cynical writer might suggest this shows there’s value in the drama. Influencers with high reaction video views have increased subscriber numbers and now have even bigger audiences to which they can market the next gel cream eyeliner.)

Does this mean social media marketing is bad in general? Nope. The best thing you can do as a business is build a rapport with your customers. The reasons they trust influencers are the same reasons you want them to trust you – you know what they need, and you want them to have the best possible experience.

Building rapport is all about getting potential customers to know, like, and trust you. To do that, you need to get on their radar and keep them engaged using regular content, so when they’re ready to buy what you’re offering, you’ll be their first choice.

Sked Social has a bunch of tools that can help you achieve this.

Keen to get started? Login to your account and give these rapport-building tools a try.

Because the influencer is just an increasingly unpalatable middleman, paid to promote your gear to someone who actively resents it. 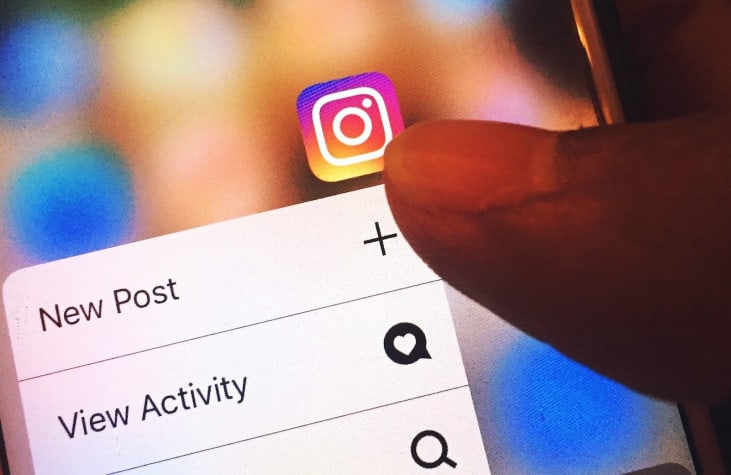 Hiding likes on Instagram – It started in Canada, and this week we saw it roll out to six more countries. Between these hidden likes and Facebook’s cryptocurrency debate – we saw new revelations too. 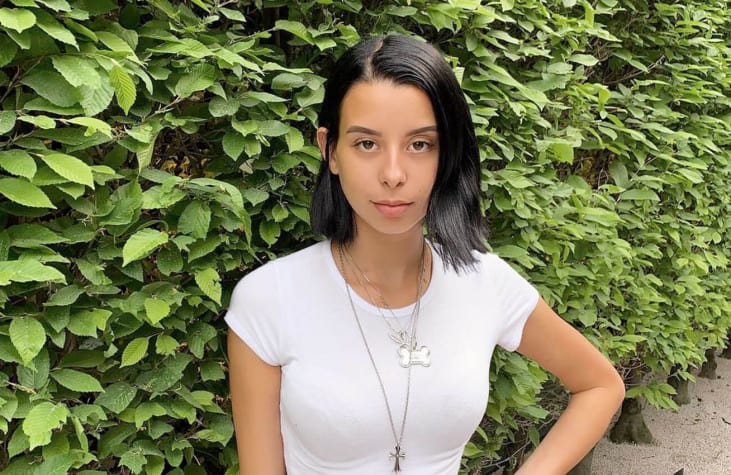 Buyer Beware: Arii’s Cautionary Tale Shows Influencer Marketing May Not Be All It’s Hyped Up To Be

What does a failed fashion brand launch from an influencer with 2.4 million followers tell us about Instagram influencers?