As social media platforms evolve and offer businesses more ways to engage with followers, the biggest brands around are stepping up to deliver powerful campaigns to deliver inspiring social media 2018.

From IGTV to an extended Twitter character count, brands are having fun as social networks remove unpopular restrictions and continue to add new and exciting features.

Today, we’re tipping our hats off to the most engaging and thought-provoking campaigns of the year.

Get inspired by the 8 best social media campaigns of 2018.

The oldest denim brand in the land, Levi’s, made lasting impact leading up to the U.S. midterm elections.

The politically-powered brand, who is known to support leading right-wing causes such as gun control and climate change, hit it out of the park with #TimeToVote, which promoted voter registration and voter turnout amongst their U.S. followers.

With a graphic t-shirt reading “Vote” serving as the hero product of the campaign, the brand enlisted A-list celebrity influencers such as Snoop Dogg, Elizabeth Moss, and Spike Lee to spread their politically-neutral message.

The brand kicked off their campaign with a TV ad that debuted days before the voter registration deadline and aligned itself with its American roots. And as election day drew closer, Levi’s filled their Twitter, Instagram feeds and Stories with messages of empowerment and portraits of stars wearing their ‘Vote’ t-shirts.

Levi’s’ simple graphic t-shirt was the catalyst for impactful content creation and foolproof celeb-UGC. By tasking influencers with the opportunity to become part of a powerful movement, celebrities proudly shared the message with their audiences.
Back to Menu

The reinvention of the legendary luxury brand Burberry was a global takeover that saw the label take on an ultra-luxe, modern and minimal identity while championing its unparalleled heritage and balancing it all with a touch of playfulness.

After welcoming a new Chief Creative Officer, Burberry’s brand underwent a complete makeover and introduced a new logo and monogram via the #ThomaBurberryMonogram hashtag on social media.

Burberry’s bold change was revealed in the days leading up to their Spring/Summer 2019 fashion show, giving way to a contemporary sans-serif logo and a pared-down aesthetic.

On Instagram, the brand created buzz and sales with the release of a behind-the-scenes IGTV documentary and a limited edition collection of products that were only available for purchase for 24 hrs via shoppable product tags.

And On Twitter, Burberry sent out personal tune-in reminders for the live stream of their new runway show to users who interacted with save-the-date tweets.

The British retailer continued to embrace digital with open arms and showed all e-commerce brands that Instagram Shopping can be an integral part of any campaign, creating a sense of urgency and resulting in impulse buys. Read a complete analysis of the campaign here.
Back to Menu

Another one of the top social media campaigns of 2018 is Olay’s #FaceAnything initiative.

Many brands touched on the sweeping feminist movement, but Olay’s #FaceAnything campaign truly resonated with its audience.

Olay enlisted the help of nine strong-willed influencers of varying backgrounds, including Lilly Singh, Aly Raisman and Denise Bidot, to deliver a campaign that embodied themes of diversity, female empowerment, fearlessness and the larger-than-life expectations placed on women today.

Across their social channels, the skin care company promoted video interviews with their nine influencers that focused on overcoming personal challenges.

With the #MeToo movement still going strong and political events like Brett Kavanaugh’s sexual assault allegations still weighing heavily on the minds of American women, a campaign centered around fearlessness taps into existing female sentiment. Social media is often where users go to make their voices heard, and so connecting intrinsically with followers across platforms is sure to generate heartfelt engagement.
Back to Menu 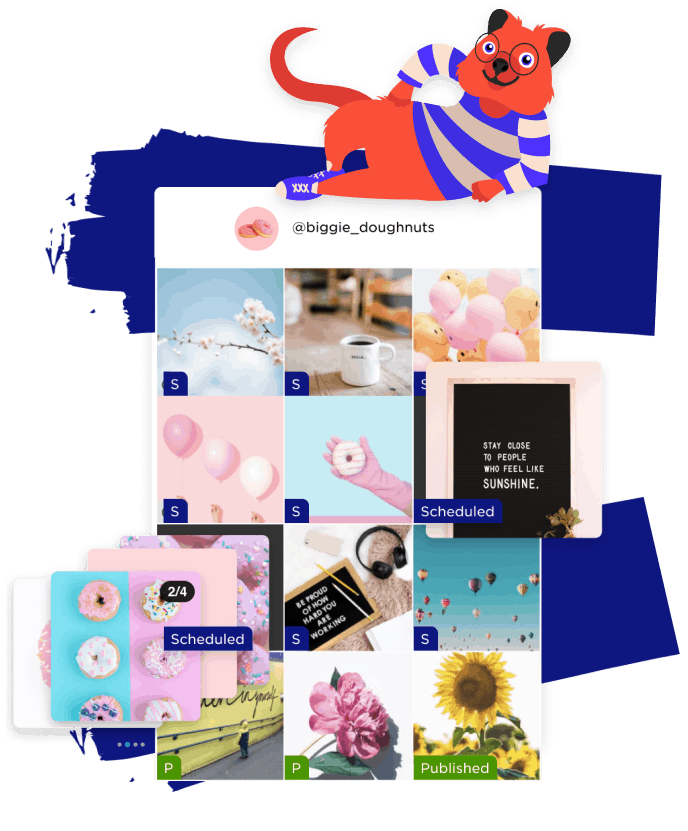 Spotify’s #2018Goals campaign may have premiered in the final days of 2017, but it delivered lasting impact well into the new year.

With graphic imagery and clever copywriting that made us LOL, the campaign was hard to miss on subways and billboards around the globe thanks to messaging that was crafted specifically for local audiences. And thanks to its cheeky use of anonymous user data, the campaign was snapped and shared by passers-by on social media.

This campaign, however, wasn’t deployed across Spotify’s social media feeds. Instead, given the hyper-locality of each ad, the music streaming app delivered the campaign via paid social ads, allowing them to deliver specific ads according to each user’s location.

With the campaign delivered across 18 markets, the key to Spotify’s success was its hyper-locality. Messaging that was crafted using local vernacular and touched on local events resulted in campaign ads that resonated more than the average ad.
Back to Menu

Nike’s annual #AirMaxDay campaign rarely disappoints, and this year’s firmly placed the company within the best social media campaigns of 2018.

This year, Nike teamed up with award-winning agency Man vs. Machine for yet another year to deliver a global campaign that “takes cues from modern editorial design” and combines “live action, 3D, typographical design, right the way through to cel animation.”

The campaign delighted with surreal and playful visuals and state-of-the-art visual graphics that push the limits—something we’ve come to expect from the iconic brand.

To coincide with the day, Nike also launched On Air workshops that enlisted the help of design amateurs in Paris, London, New York, Seoul, Shanghai and Tokyo. Content from each city was deployed using a city-specific hashtag, such as #ParisOnAir.

The votes have been counted. @la_sode has been crowned the winner of #londononair and is heading to Portland to turn her design into reality. Stay tuned for further details at nike.com/onair

The workshops tasked participants with re-envisioning a new Air Max sneaker for their city. On social media, Nike deployed clips from the lengthy process that began with concept development and finished off with embellishments.

#NYCONAIR . Hailing from Queens, Kevin is a runner, works at a tech startup and lives life to the fastest. A fan of efficiency and convenience, Kevin prizes the ubiquitous Bodega culture of the five boroughs—and the 24/7 breakfast sandwich. His Air Max 95 “B.E.C. Bodega” honors the colorful cross-section of the always-dependable bacon, egg and cheese. . Hold it down for the city by voting for your favorite NYC-inspired Air Max on nike.com/onair from May 8th-13th.

The designs that received the most votes were sent into production by the shoe giant.

Unexpected visuals are likely to stand out from your competitors! Don’t be afraid to experiment with new ideas and enlist the help of varying creatives to give you brand a revamp that draws attention on small and crowded screens. And secondly, learn from the king of community and don’t be afraid to get your customers and followers involved in the creation of your products.
Back to Menu

If can be hard for B2B brands to shake things up on social media, but as Squarespace proved earlier this year, it can be done.

The all-in-one, design-focused website builder caught our attention with their aptly-named #AllInOne/#MakeIt campaign (also from the masterminds at Man Vs Machine) that delivered beautiful, high-energy video content to social media feeds and paid social ads.

To bolster their “Dream it. Name it. Build it. Sell it. Grow it. Share it. Make it Squarespace,” tagline, the bold B2B-er shared heartfelt stories of client journeys, adding depth to what can often be sold as a soul-less service.

In addition to the graphic-rich content, Squarespace takes us behind-the-scenes of their content making, including sharing a timelapse video of their latest mural going up.

Grab Your Guide to Social Media Planning Success. Carve hours out of your workflow with this advanced ebook.

When your product may lack an element of soul, why not turn to your customers to breathe new life into your brand. Dig deep into how your product addresses their values, concerns, goals, and successes to prove its worth, and pair this message with engaging visuals!

As direct-to-consumer brand Glossier continues to expand globally, the beauty unicorn continues to nurture its devoted community of enthusiasts.

Tying into its tagline “beauty in real life,” the brand looked to deepen its connection with shoppers through brick and mortar flagships and popups.

While this technically doesn’t count as a social media campaign, the social media response to its second retail experience, on Los Angeles’ famed Melrose Avenue, went unnoticed online. In short, Glossier created a shopping experience that catered to its mammoth Instagram community.

Leading the wave of digital brands opening, Glossier crafted a beautiful space that came complete with on-brand, millennial pink interiors, mirror decals that read “you look good” and a replica of Antelope Canyon where shoppers could take selfies in between swipes of the popular Balm Dot Com—a space made for Instagram.

Most recently in New York City, the brand unveiled a new flagship location that generated even more buzz on social media.

Both locations made big splashes before opening thanks to exclusive previews for top influencers. And of course, both locations coincided with two of their biggest products of the year, Lash Slick and its reformulated Generation G lipsticks.

As brands devalue the importance of brick and mortar locations, Glossier proves that the in-person experience remains vital for connecting with consumers — but it must be done right. Knowing and delivering exactly what your consumer wants at every point of their shopping journey is the key to creating a lasting relationship that translates into long-term revenue.
Back to Menu

Our final nod for best social media campaigns of 2018 goes out to Uber.

After a tough and tumultuous 2017, Uber kicked off 2018 by focusing on some positives.

With #BeyondFiveStars, the peer-to-peer ridesharing app shed light on its top drivers in an attempt to bring some goodwill back to its brand and encourage users to share positive feedback after their rides.

On YouTube, Uber shared the life stories of their #BeyondFiveStars drivers in 3-minute interviews that highlighted each driver’s life before and after Uber, giving viewers all of the feels.

If your brand is lacking in spirit, injecting a bit of heart with a social media campaign that highlights the people behind the brand is a good starting point in resetting a deteriorating brand-customer relationship. 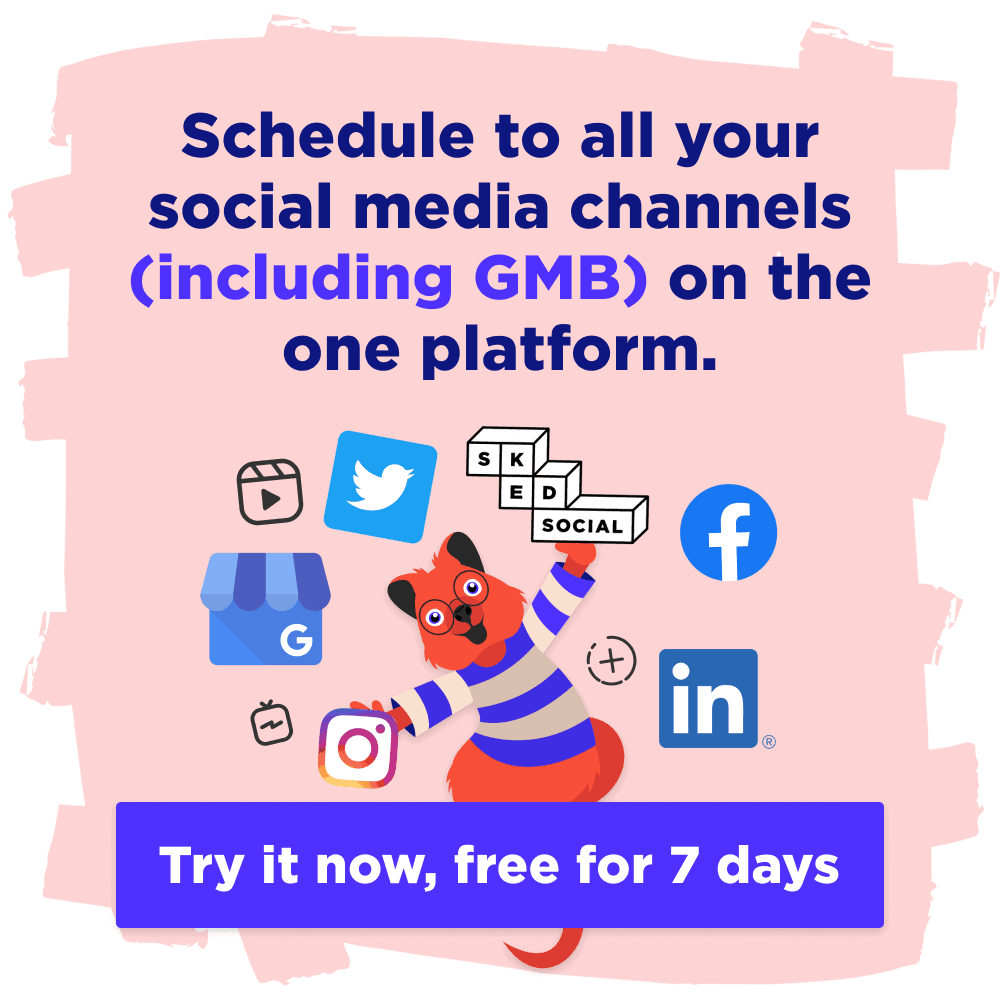