“We are visual creatures,” says Buddy Scalera. “When we’re trying to communicate things strictly in text, we might be missing an opportunity to take something that’s abstract and make it concrete. ‘Would I be able to tell this more effectively with words and pictures?’ We do that every day with our websites. We do that every day with our mobile apps. This is why Instagram took off the way it did, because we respond to visual input and stimuli.”

By day, Buddy Scalera is a mild-mannered content strategist specialising in multichannel marketing for the pharmaceutical industry. By night, Scalera dons his cape as a comic book writer, having written for Marvel (Deadpool, Avengers Assemble) and various other publishers (Richie Rich, Elvira). 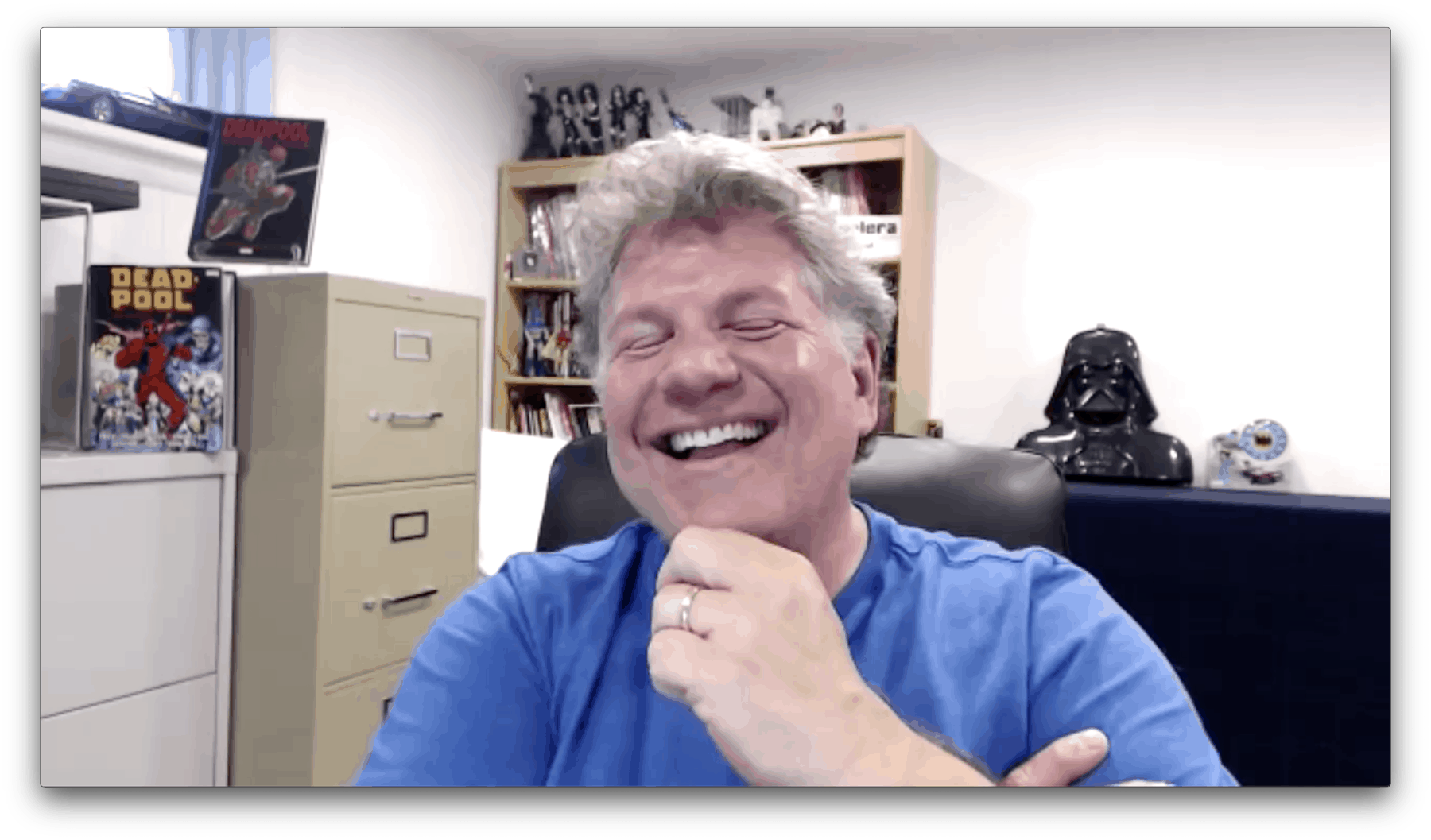 Where the disciplines of comics and content strategy overlap is visual storytelling – and Scalera has written six books on the subject. He is also an international speaker on visual content strategy, which has never been more important as marketers continue to grapple with multiple platforms from Instagram to Pinterest, Facebook to Twitter.

“Each social network has to have a custom experience,” says Scalera. “When we go to work in an office, we dress differently than we would dress on the weekend for ourselves. You speak differently to your direct supervisor than you would to your little brother. There’s just a different relationship. And the relationships in social platforms like Facebook and LinkedIn are very contextual.”

Social media feeds have become extremely cluttered and busy spaces. Each post has maybe a couple of seconds to catch the eye’s attention before the thumb flicks it off the screen. Scalera says marketers need to consider the complete visual experience for their posts to stand out, instead of treating the picture and the text as separate things.

“Twitter started off as an unformatted text platform, but even text is visual. You can format a Twitter post in text to have character. You don’t always need an image. You can format it with spacing and characters to catch the eye, to be a little bit taller than the rest of the posts.”

Comic books are a perfect example of how words and pictures can and should work together to tell a story. “There aren’t two separate teams in comics,” says Scalera. “We’re thinking about a holistic unit of communication; the words and the pictures in each panel working together to tell the same story, to create that call to action, which is to turn the page.”

The creation of great images – videos, photos and graphic design – used to be restricted to trained professionals with a lot of equipment. Now it’s possible to produce visuals that can be just as good with something you or I have in our pockets. The tools have escaped the studio, and the recent pandemic lockdowns have given us plenty of examples of what can be achieved with a smartphone or a Zoom call, without compromising quality too much.

I asked Scalera if the studio shoots and big budget production values often favoured by agencies and big business still had a place in our increasingly fast-moving and DIY world.

“It depends, right?” he answered. “Certain brands represent a faster, more organic, more real and less polished, less edited experience. As a comic book guy, I follow the major comic book companies on Twitter, Instagram and YouTube because I’m interested and I want to make a purchase. And they’re speaking to me in a way that resonates with me. But if you follow the Lamborghini Instagram account, it’s highly aspirational. The photography is beautiful. But there is never a moment in my mind that I’m thinking about buying a Lamborghini. Is Lamborghini in the entertainment business? Who are they making that account for?”

A brand has to decide whether its social media strategy serves a business function or is purely for entertainment, advises Scalera. “We’re not in the likes business. We’re in the business of selling product. If I’m using Instagram for myself, it’s different than when I use it for a brand that has a business goal. Those business goals are written down and have value and have a cost. So, how much are we spending on this? And is it the right expenditure? Does it get us to the business goal?”

Neither of us have seen Lamborghini’s marketing strategy to understand its intentions and budget for Instagram, let alone the ROI. But Scalera uses the example to illustrate how other brands should assess their own visual content and social strategies. “If Lamborghini shut down their Instagram account, would Lamborghini car sales go down? I don’t know. But it is worth asking, ‘Is that a good investment for that brand?’”

While some images are produced specifically for social, many others are pulled in automatically when someone shares a link. But an image that looks fantastic on the website or within a blog post might look terrible in social if the marketer and/or designer hasn’t considered how each platform or device will display it.

Most of us will have seen images in social that display with unfortunate cropping so that we see a headless torso or a weird block of negative space, leaving users more confused than intrigued.

With multiple platforms and multiple devices in play, Scalera has long championed the use of responsive images.

“On a desktop, you can have a beautiful widescreen image,” he says. “You can use negative space, you can use the rule of thirds, you can do all you want. And on a desktop, it looks great. Squeeze that down to a phone, and if you’re not replacing that super beautiful wide image, you’re going to get hit hard. What looks great in a 16×9 on your website looks terrible on a phone. It’s unreadable.”

Scalera advocates using code to specify which image to display on mobile versus desktop, or when shared to Twitter or Facebook. “Don’t leave it up to the browser to do responsive design. That’s crazy. You’re letting someone else decide.”

With a bit of code or the right CMS plugin, you may be able to specify an alternative image for when the page is shared to Twitter or Facebook, allowing you to create a version with platform-specific dimensions to retain all of the visual punch. This also comes in handy if you want the social version of the image to include the title as graphic text, or your logo or any other elements that might help it to stand out in the feed.

Yes, code. A good visual strategy may rely just as much on the code that delivers it as it does on strong imagery. Scalera strongly believes marketers should be willing to play and experiment with code – at least a little – to understand what is possible.

“I think that when a brand is hiring for a role, they need to find people who are playing with the technology because they’re interested personally,” he adds. “Technology is a tool. You need to know how to use your tools. And for someone to go into the marketing business and not know how to use the tools of digital – they only kinda sorta know in theory – well, they’ll always be beholden to the people who have that knowledge. Someone can say, ‘You can’t do that on a website,’ and you have to accept it.”

The first generation of social media users have constantly had to adapt and re-evaluate how best to work within this new medium as it evolved from a primarily text-based tool to a far more visual and creative canvas. “When we started out with social media, in the earlier days, it was a side thing. Nobody really knew what social was going to be,” says Scalera. “We were all just experimenting. Now you can major in social media, right? It’s a real business. So, I think that the learning curve has increased.”

Looking to the future, Scalera is excited by the new generation of social media users and practitioners who have a far more instinctive grasp on its tools and grammar. “We have people now who have now grown up in it, who understand it much more than we did as people trying to figure out in the first wave. I see younger people who are very, very good at using the apps on their phones to tell a good visual story.

“Look at what the young people are doing. They are literally inventing this medium in real time.”